The capital of Afghanistan is Kabul, surrounded by beautiful mountains. About 35 million people live here. Afghanistan’s official languages are Pashto and Dari, though a small portion of the population speaks Uzbek or Turkmen. The official state religion is Islam, which almost all inhabitants follow. Most Afghans are Sunni Muslims.

For travelers who plan to visit for tourism purposes, definitely use a tour operation service. These tour guides can also help travelers with wearing the right clothing to look conservative and inconspicuous.

Normally when I travel to State Department Level 4 “Do Not Travel” countries I’m a little on edge. However, traveling to Afghanistan was different. Perhaps it’s because I’ve traveled to many of these Level 4 countries already and am numb to the warnings or it’s that I’ve really been looking forward to coming here. To get here, I flew from Washington D.C. to Istanbul and into Mazar Sharif. Maz, about an hour south of Uzbekistan and a few hours east of Turkmenistan, is a nondescript but hospitable city of 1.5 million. Its streets are hustling and bustling, lined with rail containers doubling as storefronts. The mountain range surrounding the city, with its snowy peaks, enhances its beauty.

The hour drive east to Balk was interesting, mostly due to the conversation about the multiple wars Afghanistan has been involved in, and discussion about the Taliban. Speaking of, during the Taliban’s rule, men were required to wear beards, women burkas, and violators were punished by dismemberment (cutting hands off) or hung in the square. The U.S. went after the Taliban (Taliban means “student”) after 9/11 because of the partnership/connection between Bin Laden and the Taliban (they were harboring him). Since their ouster a civil war has continued to plague this country.

However, war has been a way of life in this country due to its 1) strategic location and 2) neighbors. Afghanistan sits strategically between Iran, China, India, and Pakistan at the crossroads of the Silk Route. Leaders have sought, unsuccessfully, to subjugate this country. It’s geography and diverse ethnic tribes ensure that’ll (likely) never happen.

Ask any Afghan about Pakistan and you’ll understand that the peace between the two countries is fragile. Afghanistan blames their troubles on their southern neighbor, including the funding and forming of terrorism, as well as, the Taliban. Who enabled Bin Laden? Who funded his jihadis? Where did OBL hide? Pakistan claims the Afghanis. Playing devil’s advocate, one must ask why was OBL’s house in Jalalabad and why was Mulla Omar from Afghanistan?

When in Balkh, one of my two armed security guards pointed into the distance, about a mile. When I asked what he was pointing to, he responded, “a Taliban village”. Their threat is still an unfortunate reality in everyday life. The night before, 5 civilians were killed in Balkh. In Kabul, Taliban-sponsored bombings occur monthly, killing thousands per year. I asked my guide what life would be like if there was no conflict, a reality he couldn’t imagine. He responded with a sobering face: In the last four years, 45,000 police and soldiers have been killed by the Taliban.

One of the highlights of my time in Afghanistan was visiting with the golf pro Mohamed at the Kabul golf club. While regarded as one of the world’s most dangerous golf courses this is its story: In spite of the Soviet invasion during Afghanistan‘s communist period, the Taliban and Isis, this place remains. This is a story of perseverance and optimism. The day I arrived to play was a snowy one, so Mohammed and I hit balls down the first fairway which was a treat. He was proud of his course which had shrunk from nine holes to six … but was again reconfigured to nine. He told me several times that he had met Tiger Woods and was grinning ear to ear recounting that story! He and the community surrounding the course look forward to the day the war ends… It can’t come soon enough. 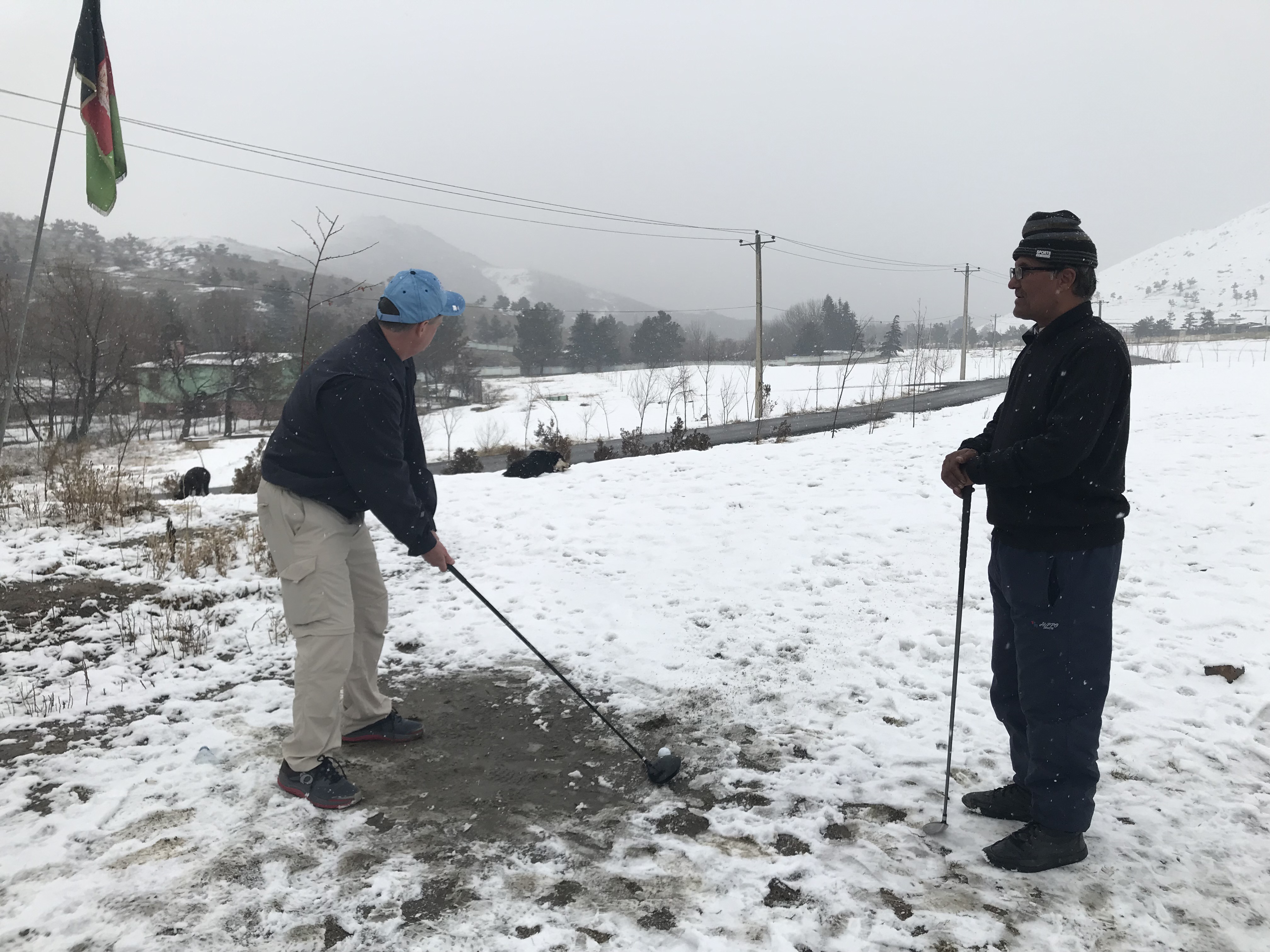 …Another memory of Afghanistan: I saw some areas were suicide bombings had taken place and there was no indication an attack had happened there. Here is the point: when these things happen, life moves on, and quickly. For example, if a bombing destroyed a building, the rabble and bodies are cleaned up and the streets are open within an hour. Schools in the adjacent districts do not close. In this city of 6 million people, life goes on.

Valentina Permiakova from Kolonia, Pohnpei, Federated States of Micronesia Allois arrived in Pohnpei in 2000’s chasing a wave he has seen on the background of an article in a National Geographic magazine. He started to surf here with friends visiting and eventually it...
Read More

Cruise visiting Denmark in 1992 Have visited Denmark twice, once on a cruise through the region in 1992, and again in 2010 doing some business consulting for startups. This is a gem of a country! Established in the...
Read More