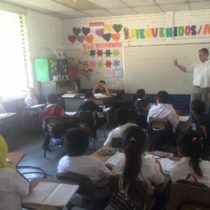 800,000 people live in San Salvador, and it takes roughly 4 hours to travel the entire country from East to West on the coastal highway. A charming, off the beaten path type of country which is longing to be visited by tourists … except they’re scared away by MS 13-18th st. gang violence. I asked my guide when the tourist season was (Epic Tours) eagerly answered “now’ (in Feb). I asked how many tourists were in the country and he said “dozens”.

Conquered by the typical cast of characters in the region—the Spanish and British. The ideological fight between communists and democrats in the ’70s, Cuba and the USSR backed the communists and the US funneled support through Nicaragua’s contras. The Civil War lasted 12 long years— between ‘1980-’92 and ripped the country apart. 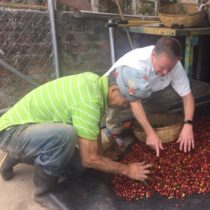 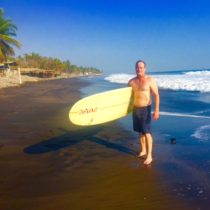 After Aretia’s party (Republicans; 20 year rule) the country gave the FMLN (old communist party) a try. Their leader (and former guerilla commander) had imposed many taxes, resulting in crumbling jobs, a tremendous slowdown in the economy, with jobs scarce.

While government healthcare is free, lines are long. Yes, education is accessible, but jobs for graduates are hard to come by. However, the standard of living is very high. Everyone owns a car, which makes morning and evening commutes difficult. Gang violence stifles foreign investments and small business growth due to security fears and extortion costs. I visited Las Delicious Neighborhood 20 miles outside of San Salvador. The lasting images I have are a boy carrying firewood & women cooking tortillas for those with no food.

Popular foods of the country include Papusas with cheese and refried beans.
San Salvador is a city that’s not hard to imagine: Hilly, with sharp volcanoes dominating the skyline. Most of its buildings, with few skyscrapers, are 2-3 stories, giving it a lovable, low-key vibe.

El Salvadorians couldn’t be friendlier, and will go out of their way to help you. 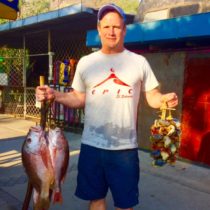