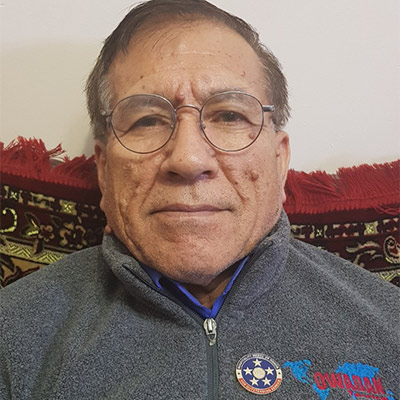 Jabbar Ustad lives in Ashgabat with his wife and two sons and is working as a tour guide for Owadan Tourism in Turkmenistan.
He was born in a refugee family in Shibirghan, Afghanistan in 1959.
His family was a victim of Stalin’s Collectivisation Program of the Soviet Union and had to leave Turkmenistan and immigrated to Afghanistan in 1931.
Jabbar, one of nine children of a poor carpet weaving family, was the only one to be able to choose to study.
He had to try his best to be top in all subjects   in school especially to learn more local languages to have the power of knowledge to avoid discrimination for being in a minority ethnic group in Afghanistan. Luckily “All work and no play did not make Jabbar a dull boy”.
In order to avoid siding neither with Kabul regime nor with freedom fighters he and his family had to migrate to Pakistan after Russian troops invaded Afghanistan in 1979.
He lived with his family in refugee camps in Northwestern Frontier Province of Pakistan for ten years.
After disintegration of the Soviet Union and independence of Turkmenistan, he was able to come to his motherland in 1992.
After working as a translator and coordinator for a health education project from the UK for five years, he joined a EU-financed scientific research project called DARCA (Desertification and Regeneration on Central Asian Rangelands) to study Karakum Desert of Turkmenistan for another five years.
After accomplishment of those projects, he joined tourism in 2004. Since then he has been enjoying tourism.
He speaks eight languages; Turkmen, Uzbek, Persian, Pashto, Arabic, Urdu, Turkish, and English.
And he is learning Russian language as well.
To contact him:
ustadjabbar@gmail.com
Cell: +99365 851 751