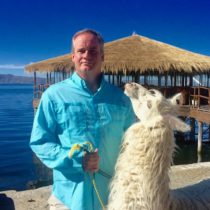 In 2016, It took me about 4 weeks to get a visa for Bolivia, which I found curious, not realizing that US-Bolivia relations were strained. Here’s why they are; Evo Morales, Bolivia’s current president, started his career as a coca (cocaine) farmer, later rising to the head of the Coca Union. He later became a congressman and was instrumental in outing the US supported president of the country, who was the protagonist of the Sandra Bullock movie, “Our Brand is Crisis”. After the 2003 “War on Grass”, Evo rose to power and is currently serving his 3rd term. He petitioned the country to allow him amend the constitution, but he suffered narrow defeat due to an influence peddling scandal involving an ex-lover.

During the US war on drugs, the DEA tried to eliminate coca supplies and attempted to overthrow Morales. Even though Bolivians don’t like to admit their president was a drug trafficker, countries generally don’t take kindly when the US tries to impose regime change for its own purposes.

Before traveling to La Paz make sure you take Diamox for altitude sickness. The airport outside of Alto Plano is the world’s highest at +14,500 ft. Pilots flying into LPL require special training and planes need special brakes to adjust to the lack of oxygen. If you arrive thinking you’ll “adjust” or “deal” with the altitude you’ll be incredibly sorry. Even though I had begun taking Diamox two days before arriving, I still felt light headed upon arrival. Coca tea and soroche can help … but they’re no substitute for Diamox.

Many travelers go to the Copacabana area of Lake Titicaca but I instead chose to go to Guajataca. We took a hydrofoil (gifted by the Americans to Russia) across the river to a small indigenous community. Afterwards, I learned Yampan boat making skills and spoke at length with the community’s medicine man (witch doctors). Afterwards, we drove to the twice-weekly market in Alto Plano, which only mildly interesting as 90% of the items were US second-hand imports. Taking La Paz’s new sky cars across the city was an excellent way to see the entirety of La Paz.

Spent a day with the Broyles family who lead HOPE in Bolivia. Kevin, a retired Duke physician and his wife Noelle, who was a nurse, sold all their belongings in North Carolina and moved to Bolivia to serve the poorest country in South America. Kevin runs a clinic for wealthy Bolivians and, with the profits generated, they serve La Paz’s orphanages and the children’s hospital by providing food and clothing to the city’s poorest.

Garbage everywhere in the streets of Juba Country Information: The capital of South Sudan is Juba, and there are approximately 13 million people living here. The official language of South Sudan is English, with Arabic spoken by a majority of the population as well....
Read More

The capital of Mongolia is Ulaanbaatar and the official language is Mongolian. About 3.5 million people live here. Mongolia used to be more heavily dominated by folk religions such as Shamanism, but today, most of the population follows Tibetan Buddhism. The time zone...
Read More

Beautiful mountain vistas in Kosovo Downtown Prizren in Kosovo In 2015, we drove through much of Kosovo and overnighted in Prizren, a quaint and attractive historic city located on the banks of the Bistrica river, and on the slopes of the Šar Mountains in the southern...
Read More