My father and I took a tour to China in 1998, visiting Shanghai, Guilin and Beijing.  One of the most memorable flights I’ve ever been on was trying to land during a typhoon in Shanghai.  We had to circle the airport numerous times, with several aborted landings.  We enjoyed our time in Xian, seeing the Terracotta Warriors, a collection of once-buried sculptures of the armies of Qin Shi Huang, the first Emperor of China.

Next we went to Guilin, where we motored around on the jade waters and bamboo-lined banks of the Li River, awe struck by the karst peaks. 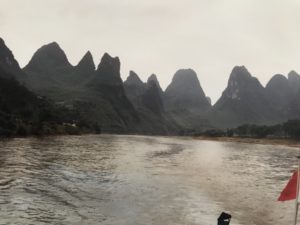 Then on to Beijing where we toured and walked on the Great Wall —it’s magnificent! A series of walls intended to keep foreign invaders out, the Great Wall was built by emperors during many imperial dynasties. Altogether it took over 2,000 years to build and four dynasties to build. Note: you might want to avoid the Badaling section of the Great Wall because it is often overcrowded. Instead, try visiting the Wall from less populated sections such as the Jinshanling, Huanghuacheng, or Simatai sections. 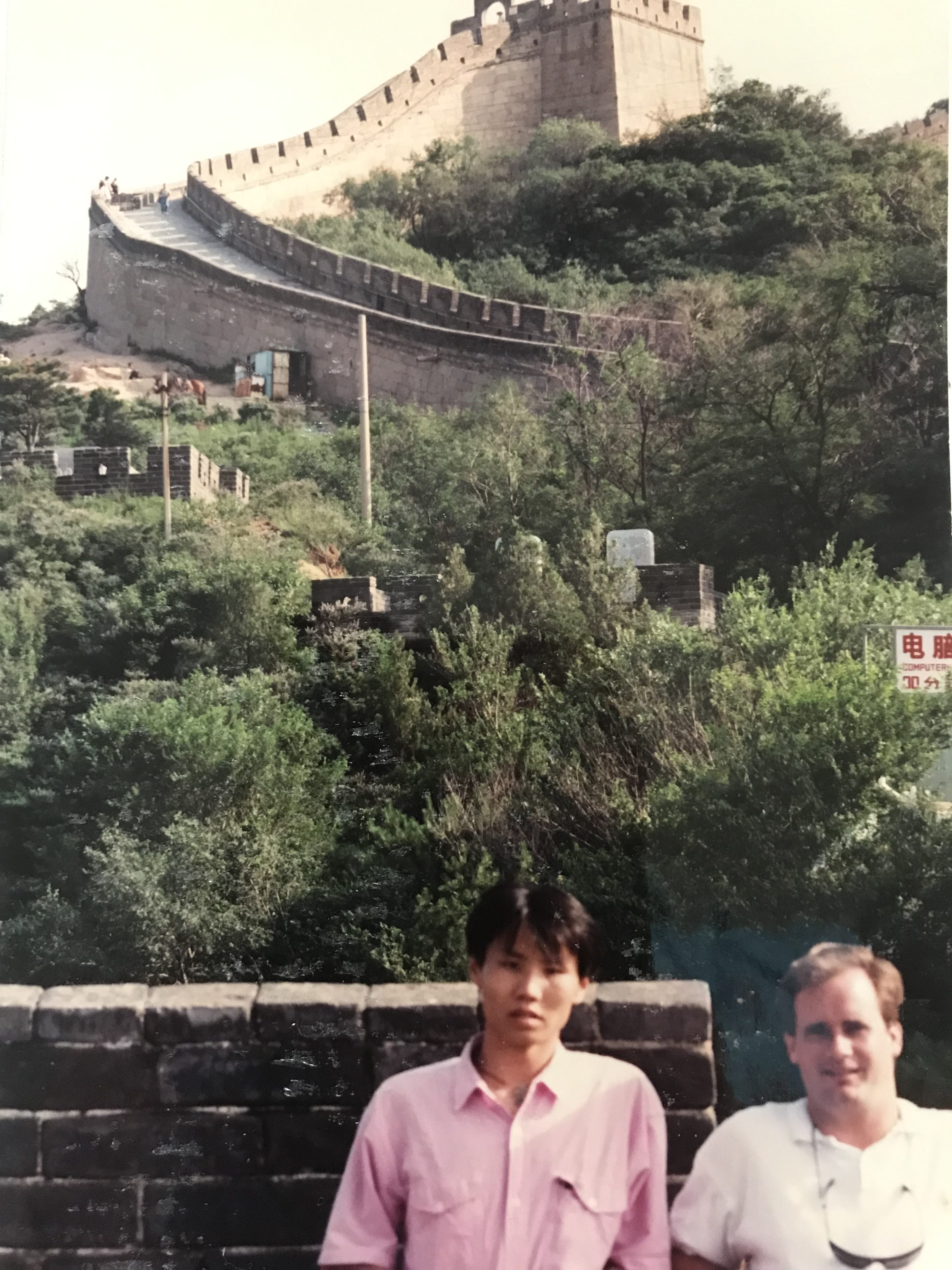 We found food difficult in Beijing. The funniest part of our trip, was when dad and I were sampling dishes at a local restaurant and we had ZERO idea what we were eating because the menus were only in Chinese and NO ONE spoke English. The food was literally mystery meat … so much so that I chewed something, spit it out (which dad didn’t see me do), put it back on the plate and he picked it up and ate it … yes, it was that level of mystery meat!

The capital of China is Beijing. There are approximately 1.4 billion people living here. The official language of China is Mandarin Chinese, but a variety of other dialects—Cantonese, Wu, Minbei, Minnan,—are officially recognized in respective provinces. The majority of the population is religiously unaffiliated, but Buddhism, folk religions, and Christianity are also practiced. The time zone is 12 hours ahead of EST.

China is rich in cultural, linguistic, and ethnic diversity. Travelers enjoy visiting the capital, Beijing. The center of the city is the world’s largest public square, known infamously as Tiananmen Square. Tiananmen Square is surrounded by other historic sites such as the Great Hall of the People, the Museum of Chinese History, the Museum of Chinese Revolution, the Qianmen Gate, and the Forbidden City.

The moment you arrive in Bogota you will smile as it's a city with tremendous energy and vibe. I was escorted around Bogota and its surroundings in 2016 by Nadja Grote who runs the company AlternativeColumbia.com. Bogota is absolutely choked by traffic which can...
Read More

IMG_4115 This is the tiny island of Tuvalu, which is located about half way between Honolulu Hawaii and Sydney Australia, next to the international dateline ... where today is tomorrow in Tuvalu, 17 hours ahead those of you on the east coast of the USof A! According...
Read More