A week prior to leaving for Iran (in ’16) I still did not have my visa and I was getting a bit nervous. This is a country that has had US sanctions imposed on it since the 70s and gets few visa requests from Americans. 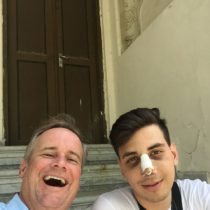 I’m sure that my request was thoroughly vetted by the authorities and I’m grateful it was because people-to-people cultural exchanges are invaluable to countries who distrust one another. While in Iran I found a lot of contradictions quite fascinating, and these are some of what I uncovered.

The Côte d'Ivoire, or the Ivory Coast is beautiful! About 22.7 million people live here (2015) and the capital is Yamoussoukro. The Côte d'Ivoire is a religiously secular country, with roughly equal split between Islamic and Christian followers. The official language...
Read More