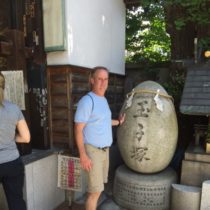 The Japanese people I met sensed that something was wrong with the world. Why?  Because the cherry blossoms were blooming during the wrong time of year (during the “snow” season), and because typhoons were occurring more regularly. This is a highly superstitious culture. Shintoism is the belief that Humans are a part of nature, which cannot be controlled. Accordingly, if everything is in order, then nothing bad happens. While tsunamis and earthquakes are natural occurrences, nuclear radiation releases are not (which happened during the last tsunami).

This is an eerily quiet culture! You’ll notice 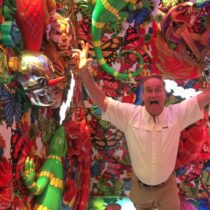 walking through the streets of Tokyo that there are few people talking to one another.  It’s the same in the subway or at the airport. Mari, my guide reminded me of the adage, “Silence is golden”, which likely had its origins here.  In this culture there are a lot of subtleties, reading between the lines, interpreting body language, and eye contact.

Discipline is at the heart of Japanese culture.  During a prayer ceremony in a Shinto temple babies didn’t even cry … it wouldn’t have been tolerated. Everything, everywhere was very clean. As I was eating ice cream, an elderly street sweeper swept under my feet. There is also a tangible resentment of the Chinese coming and buying-in-bulk products off the shelves. 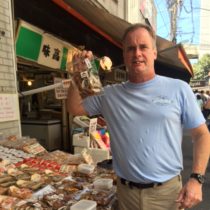 While this is a male-dominated culture, women have a tremendous amount of influence.  Here is one famous Japanese saying amongst women:  “A wise woman always falls a little behind because men do not have eyes in the back of their heads.” 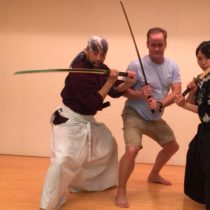 Working on a movie routine with Tetsuro Shimaguchi

At the Shinto Temple, I was asked:  “If you had one wish or prayer that could be made for you, what would it be?” To which I responded, “To love more perfectly.”

I had a wonderful time visiting the Tsukiji Fish Market, it’s not to be missed.

Highlight of my time in Japan in 2015 was working on a movie routine for 2 hours with legendary swordsman Tetsuro Shimaguchi.

The famous lions in downtown Sofia, Bulgaria, Monument of the Unknown Warrior Kutrubes Travel planned an exquisitely complicated tour for me through "eastern" Europe, helping me to make the most of seeing the highlights of these countries in the most meaningful way,...
Read More

Jim's Perspectives: Visited this island twice in 2017, a tiny little island in the Pacific about 1900 miles north of Australia. Nauru (pronounced Now-RU) has the distinction of being the smallest island country in the entire world and has the second smallest...
Read More