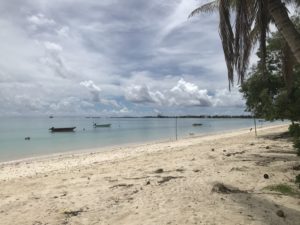 This is the tiny island of Tuvalu, which is located about half way between Honolulu Hawaii and Sydney Australia, next to the international dateline … where today is tomorrow in Tuvalu, 17 hours ahead those of you on the east coast of the USof A!

According to the world tourism association, Tuvalu is the LEAST visited country in the world, with only 360 tourists visiting here last year. Why so few? Well likely because it’s smack dab in the middle of the Pacific Ocean.

I got off the plane in 2019, cleared customs, walked to my hotel (pic below, nicest on the island!) … 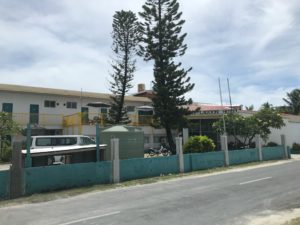 Took a walk around the island … such nice people … and the children have a special hand signal for greeting foreigners: 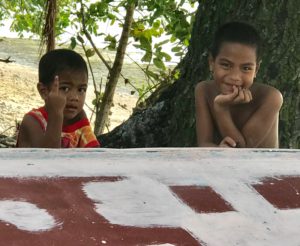 Headed across the airport tarmac to play some soccer with the locals. You can see the soccer goal net right in the middle of the runway. No worries … there are only 2 flights per week here, on Tuesdays and Thursdays, so the airport is used for many things including a volleyball, it’s a soccer field, community party location and also highway between villages. 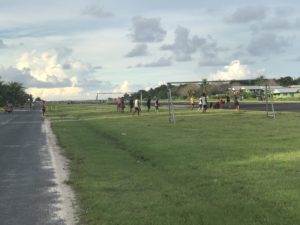 Funafuti is the capital of Tuvalu. Alright, so like me you are wondering How does Tuvalu survive economically?
Great question. Farming? Nope, they have terrible soil here, it’s a coral atol. Tourism? No, 360 tourists last year.

What’s a TLD you ask? You know … it’s the code that each country gets assigned for website URLs. Like .com but for countries.

What is Tuvalu’s ??? … Yep, you guessed it .TV. However, it also gets money from licensing other countries to fish their waters and from a trust fund from other wealthy countries. 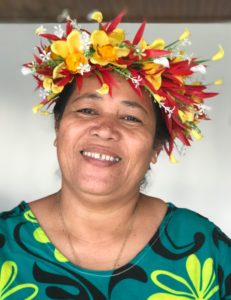 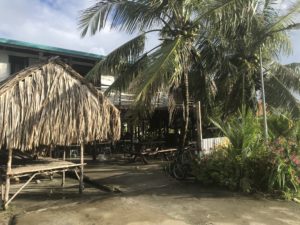 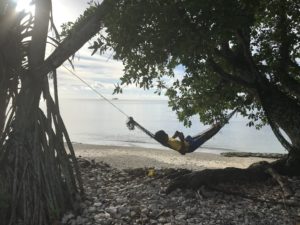 Tuvalu has some AMAZING beaches … and no one’s here to spoil these white sand beaches!

Country Information: Andorra is a landlocked country, sandwiched between the French and Spanish borders. The country is a parliamentary democracy that is ruled as a co-principality by two princes—the French president and a Spanish Bishop. There roughly 86,000...
Read More