In 2017, went to Cuba with my son Kenan! We had such a blast traveling to this quirky and cool destination. Here was our itinerary with Cuba Adventures Travel:

Took a private walking tour of Old Havana with our guide. Checked out the art, architecture, cultural, history, and took lots of photos.

Afterwards, had lunch at a café with University of Havana political science professor, and continued to explore Parque Central, Museum of the Revolution and Havana Fine Arts Museum.

Had dinner at one of Cuba’s top paladares (“Paladares” – private, family-run restaurants that have fueled rapid growth since 2008 in Cuba’s middle class through entrepreneurship) and after dinner took in the Tropicana Nightclub show.

Visited the “Embarcadero,” Havana’s social gathering place, with a brief walk to the iconic Hotel Nacional, HQ of the Cuban Revolution, home to the Mob, Mafia, international movie stars and glitterati through Havana’s “Roaring ‘50’s”

After lunch, visited the Havana community of Jaimanitas for a walking tour through “Fusterlandia,” neighborhood ceramic art project of “The Picasso of Cuba” Jose Fuster and checked out another Paladar for dinner. 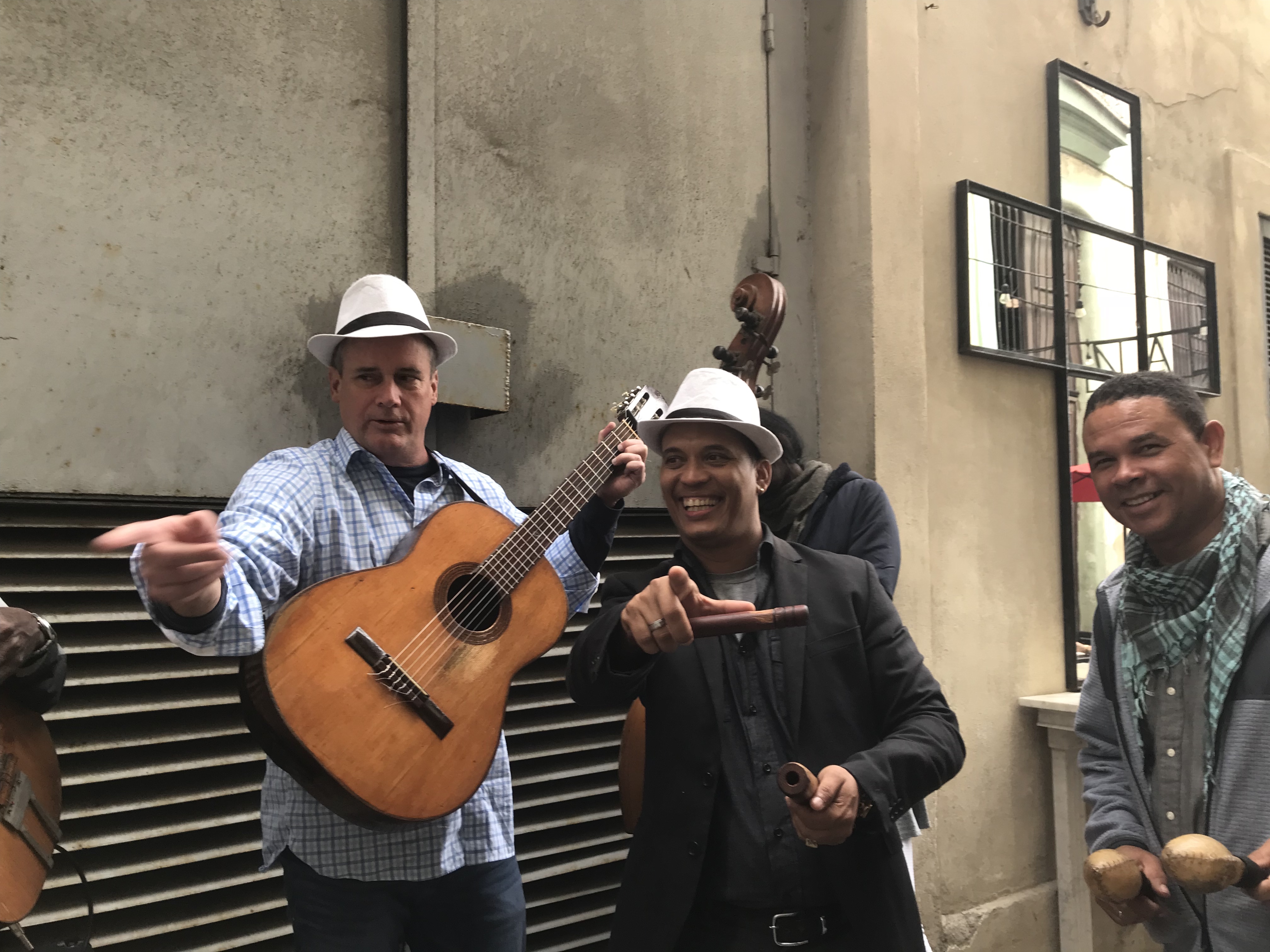 Took a boat ride across the Harbor to deliver gifts of badly-needed OTC medical supplies and children’s medicines to the community of Regla.

Jim's Perspectives: Had a chance to visit the USSR in 1987, with my Russian history professor Dr. Willis Brooks and about 15 other students. The trip took us to see the top destinations in the country. After going to Moscow, we traveled down to visit Tbilisi, the...
Read More

Helping a babushka clean up a park in Tiblisi in 1987! I was in Tiblisi in 1987 when it was still a part of the U.S.S.R. Given its distance from Moscow, it was never really firmly in the clutches of the Soviets and was always rebelling against the central command. In...
Read More