Sometimes, sports seem to defy physics: the reluctant bend of a deep homerun that seems to stubbornly hang in air before disappearing into an ocean of fans; the golfer’s perfect draw of an approach shot; Michael Jordan floating in for a dunk.

Watch a Ted Williams swing, watch him uncoil, and one might swear he could not have been created to do anything else in life. Purity comes to mind.

One stands in such awe when watching the Kenyan athletes of the local “Running Far” program.

They slip effortlessly past on a track as easily as running water, light as rain and pure as gold.

Many running fans have seen Kenyans they break the tape at marathon finish lines or in Olympic distance races. Seen up close, it can leave one breathless.

“We had an organized group of runners for several years, but with the start of Running Far, we’re trying to do things a little differently,” said Kurgat, a Kenyan who attended the University of Virginia.”

Running Far is about far more than running, he said.

“We’re refocusing the program, where ‘Running Far’ means running for a reason,” he said. “Each person in the program now does something to give back both to the community they come from and the community where they’re racing.”

A recent example included a visit to a Chapel Hill / Carrboro Pacers Youth Running Club practice in May, where over a hundred young runners from the local community got to hear stories from the Kenyans. Afterwards, the Kenyans joined group runs with the young athletes.

“Our athletes enjoyed themselves and said that it was a good cultural exchange,” Kurgat said of the event. “They felt like celebrities among the kids, but … the athletes were also reminded that what they have accomplished in running is not small. The session actually magnified their running achievements.” 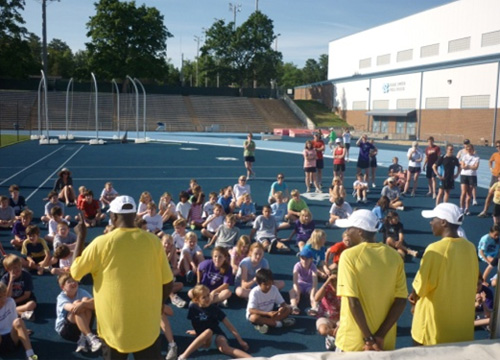 Kurgat said Running Far also facilitates similar exchanges in Kenya between the athletes and those of their hometowns and villages.

“We’ve added (that requirement),” Kurgat explained. “They must also work with the kids back home — to teach them about the benefits of running and the opportunities they’ve discovered, like getting to see the world and things others have accomplished.

“We’re trying to give the program more meaning and more direction. Every participant benefits, and then, with their success, they can also help other athletes to succeed.”

Peni Dovi from Nadi, Fiji Island Bula! On the 8th of March 2017 I was assigned to take a PRIVATE TOUR for a Half Day Village Tour to Nausori Highland a remote Fijian Traditional village just an hour drive from NADI town 900 meters above sea level. This medal was...
Read More

The capital of Mongolia is Ulaanbaatar and the official language is Mongolian. About 3.5 million people live here. Mongolia used to be more heavily dominated by folk religions such as Shamanism, but today, most of the population follows Tibetan Buddhism. The time zone...
Read More

The world travelers ahead of me said that the Marshall Islands were a dump, however, I loved my time here in 2016. I arrived and took a $5 taxi ride from the airport to the center of downtown Majuro. From end-to-end Majuro is 35 miles long and on average is about 100...
Read More