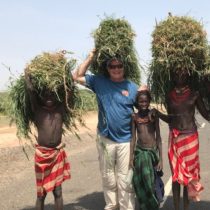 Jim’s Perspectives: Ethiopia is the Africa I’ve been searching for!  Authentic. Exotic. Wonderful!

After spending the night at the Sheraton Hotel, a fantastic 5 star hotel in the capital of Addis, I left the following morning for southern Ethiopia with my guide Fitsum, the owner of Omo Valley Tours.  After a quick one hour flight, we were on our way through the Omo Valley, a 3 hour drive from Jinka. The differences between Addis and Jinka couldn’t have been more stark: in the south, wealth is measured not by money … but by the number of cows one has.  And there are a lot of cows here … 56 million at last count!

My introduction to Omo was with a visit to a remote Hamer (pronounced ham-AR) village to see a bull jumping ceremony.  Such great timing! These ceremonies are a rite of passage for male youths becoming a man.  We arrived at 2pm, and for several hours watched ceremonial dances performed by the women of the local tribes. Watching them get beaten by birch sticks was tough to watch, even though I knew it was the girls’ way of showing their devotion to the celebrating family. Finally, around sundown, the bulls were lined up and the boy began jumping the cows.  I missed most of the ceremony while filming it, but I got a good video! Normally, these things last longer, but the boy was on a roll and did it quickly. It was a really impressive experience to watch, and having met the young man … I was very glad for him and his family.  Note: this is not an event planned for tourists. It’s a very emotional experience for those involved (much like a wedding).

I stayed overnight in the Buska Lodge, a 3 star eco lodge in Turmi.  The villas were wonderful, complete with private bathrooms and showers. As I was there in July, after the rainy season, the weather was PERFECT. For some reason, many tourists flock to the Omo Valley between Dec-Jan, which is the HOT season. However, June-July is far better because 1) there are no crowds, and 2) without AC, the rooms are comfortable. The highs during the day were 80 F (23C), and couldn’t imaging staying at the Buska when it was hot and humid. BTW … we visited the Turmi Lodge and it is a dump! 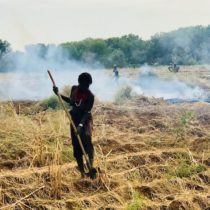 The following morning we drove south towards the Kenya border to visit the Dassanech people, a nomadic tribe.  Life is hard for these people.  It was striking to see the women working in the fields tilling the soil in this dusty, windswept area. Their huts were crude, consisting of rag weed and corrugated tin. Notably … this tribe practices genital mutilation, cutting off the clitoris of girls aged 12-13.  Why do they do this?  They want to rid the village of sexually active females. They make a big deal out of this practice, like bull jumping for men of the Hamer tribe. Some women wear the “vangari”, a metal and leather necklace/band worn only by the first wife.

Had resurgent feelings of the #MeTooAfrica, and how much women are mistreated throughout Africa.

Stayed the night at the Eco-Lodge in Jinka, which was lovely, albeit noisy.  The Orthodox churces started chanting at 3AM, like many mosques do at 5am. In the morning, we drove to see the Murci people, who are famous for wearing lip plates.

At the age of 15-16, the girls have their lips pierced and have wooden disks inserted in them. After the wound heals, they put bigger and bigger ceramic plates in their lips. The Murci are an aggressive, nomadic people and you will only want to visit them in the morning … not the afternoon after a long day of drinking!

I did feel like the lip plat thing was exploited by tourists, and was a bit of a “show”, however in retrospect these people have done this for centuries. 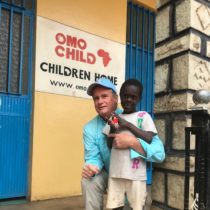 Lastly, I visited the Omo Hope orphanage, one of the highlights of my stay in this region.  “Mingi” means curse, and children of the local tribes can be deemed “cursed” in 3 ways:

If a child is cursed, after it is born it is thrown into a dry river bed, and its mouth is filled with sand. Alternatively, it can be abandoned in the woods.

This wonderful orphanage takes in these children, saving them from these barbaric practices. I got to meet Kinsai, who survived as a newborn for 15 days before being rescued. Her name means “Resurrection” in English … she truly is a blessing … and not a curse. 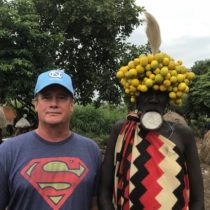 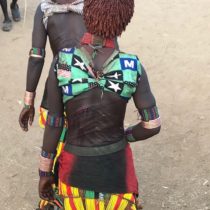 Ethiopia is rich with natural falls and scenic national parks. One such is Lake Tana, the largest Lake in Ethiopia. Surrounded by numerous islands, with ruins of 17th century monasteries on them. The Blue Nile Falls sources Lake Tana and is called “the great smoke” in Amharic. 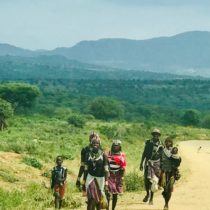 Oman's beautiful coastline near Salalah, heading towards Yemen This was special homecoming for me visiting Oman again in 2019. The last time I was here was in 1998 … and I vividly remember my time here.  Why? I was with my father, the best traveling partner ever, and...
Read More

Jim's Perspectives:  (2014) The people of Paraguay are known for producing some of the world’s most exquisite lacework. They are famous for Nanduti (meaning “spiderweb”), which is beautiful lace created in circular designs in various vibrant colors. When you visit...
Read More