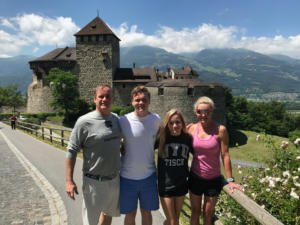 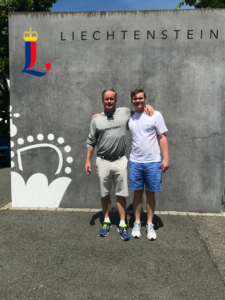 The mountainous landlocked principality of Lichtenstein! The country is surrounded by Austria to its East and Switzerland to its West. The capital city is Vaduz. There are approximately 38,000 Liechtensteiners living here (2022). The official language of the country is German, with Alemannic German as the main dialect. The majority of Liechtensteiners practice Roman Catholicism. The time zone is 6 hours ahead of EST.

In 2017, my family and I visited the capital Vaduz, which is the hub of shopping, cuisine, and culture. While there we checked out the grand Vaduz Castle, the Liechtenstein National Museum, and the historic Main Square known for its famous architecture. We also did some pretty scenic hikes around Vaduz.

One fun fact is that Lichtenstein is the sixth smallest country in the world and most of the population lives in the West, along the Rhine River. It is also one of only two double-landlocked nations in the world, meaning it is landlocked by a landlocked country.

The best thing about Lichtenstein was their vending machines … that sold sausages, lol. 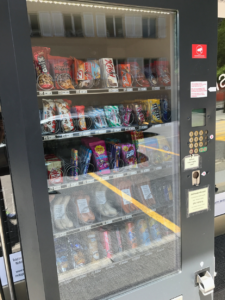 If you ask me what’s my favorite place on planet Earth, one of the two countries / places that would likely come out of my mouth would be Australia … Lizard Island in Australia specifically. I was there in 1992, and haven’t forgotten about it since. photo credit...
Read More

Country Information: The capital of Kenya is Nairobi. About 55 million people live in Kenya and the main languages are Swahili and English. Kenya is primarily Islamic, though there are smaller Christian, Buddhist, Hindu, and Baha'i populations as well as believers in...
Read More

Feeding an orangutan in Singapore Singapore, founded in 1819. The capital is also named Singapore, and the population is over 5.8 million. There are many religions practiced in Singapore, with the main ones being Buddhism, Christianity, Islam, and Taoism/folk...
Read More