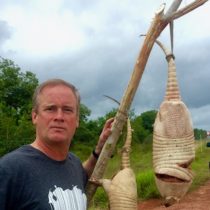 About half the population of Suriname lives in Paramaribo, the capital city. Mostly nondescript economic district offering little for tourists to see. 80% of Suriname is jungle so when you go you must see it—it’s wonderful! I visited the Brokopondo area about 2 hours south of Paramaribo. I had a private guide to tour me around the lake and we went ashore to watch some local ladies making cassava bread, looked at an old gold mining site, visited a local vegetable garden, and toured the Alcoa dam which provides much of the north’s electricity.

However, the highlight of my trip to Suriname in 2016 was prospecting for gold in a large cut in middle of the jungle. After asking our way around, we stumbled upon a mine owned by a local and staffed by a Brazilian crew. The owner agreed to let me work there, removing large rocks out of the catch area. The owner of the land has created an interesting ecosystem at the mine: he pays his employees in gold, they bum food and liquor from him (for gold), he rents rooms to prostitutes (for gold), and the employees pay the prostitutes (in gold). The owner of the mine ends up with all of the gold and happy employees : ^ 0.

One of the more colorful and fun facts about Suriname: it’s President Bouterse has been convicted of drug trafficking and is wanted by Dutch authorities. His son Dino is serving a 16 year prison term in the U.S for drug possession, terrorism, and money laundering. 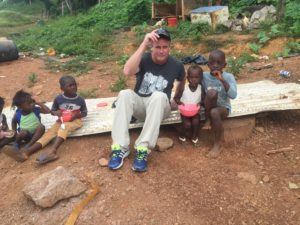 Some new friends in Suriname 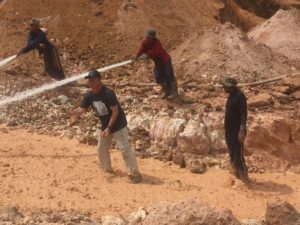 Working at a gold mine 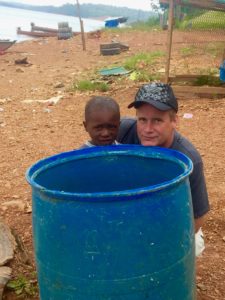 Family in Ambergris Caye Tropical and rainy Belize! Loved our time vacationing in Ambergris Caye! Belize gained independence in 1981 and has a total population of roughly 350,000.  Belize is the only Central American nation where English is the official language....
Read More