Have been to Sweden twice, once with the family while on a Royal Caribbean Cruise through the region.

We visited Visby, one of the best preserved medieval cities in Scandinavia. This ancient city on the west coast on the island of Gotland under Swedish territory has been designated an UNESCO World Heritage site, since 1995. Amazing that this city may have had people living there since the Stone Age! 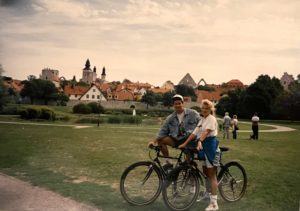 Sweden is the largest of the Nordic countries, measuring at slightly larger than California. Another fun fact is that Sweden and Switzerland are the only two European countries that have not been at war since 1815.

The capital city of Sweden is Stockholm. Approximately 10 million Swedes live here, and the official language is Swedish, but Saami and Finnish are also spoken. The majority of the population practices Lutheran Christianity. 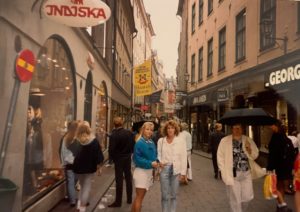 Shopping for dinner in the market! Country Information:  Cabo Verde is also known as Cape Verde. It’s located on a volcanic archipelago off of the coast of Africa in the northwest. About 600,000 thousand people live here and the capital is Praia. The official language...
Read More

In 2017, went to Cuba with my son Kenan! We had such a blast traveling to this quirky and cool destination. Here was our itinerary with Cuba Adventures Travel: Day One: Took a private walking tour of Old Havana with our guide. Checked out the art, architecture,...
Read More