Chapel Hill, NC – On Wednesday, December 19, the Chapel Hill-Carrboro Chamber of Commerce hosted the 2012 Salute to Community Heroes at University Mall. Annually, the Chamber recognizes men and women who are committed to making Chapel Hill-Carrboro a thriving, healthy and sustainable community. The Salute to Community Heroes awards are expressions of the Chamber’s commitment to our community and an effort to recognize and encourage volunteerism and selfless service.

2012 Citizen of the Year: Jim Kitchen
An entrepreneur and philanthropist for more than 20 years, Jim Kitchen divides his time among a wide range of projects that help others across our community and state. Kitchen served as a board member on the Chapel Hill-Carrboro Public School Foundation, where he helped fundraise for our community’s public schools through his work on the Walk for Education Carnival, which is attended by thousands of school children and their parents every year. He is an active board member with the Kramden Institute, which provides computers to children who otherwise couldn’t afford one. Kitchen has brought smiles to the faces of children across N.C. by granting multiple wishes for the Make-A-Wish Foundation of Eastern North Carolina, and he has served on the Board of the UNC Children’s Hospital, helping make the hospital’s new Lookout Terrace a reality. At UNC’s Kenan-Flagler Business School, he teaches undergraduate students how to start businesses and social ventures, and he is the founder of Chapel Hill’s new business incubator, LAUNCH Chapel Hill, which will open in February 2013. Kitchen received a bachelor’s degree from the University of North Carolina at Chapel Hill and an MBA with honors from the University of Tennessee. When not working, Kitchen enjoys travelling – he’s visited 75+ countries across the globe – and running ultra-marathon races of 50 and 100 miles. Kitchen and his wife, Susan, have two children, Kenan and Karsen. 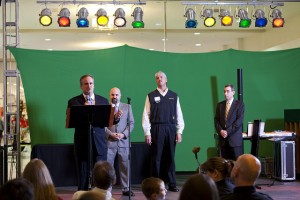 Republic of the Congo

Kongo enjoying his favorite food ... onions! (2018) Country Information:  The Republic of the Congo! The capital of Congo is Brazzaville. There are approximately 6 million people living here. The official language of Congo is French, with Lingala and Monokutuba as...
Read More