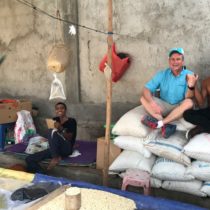 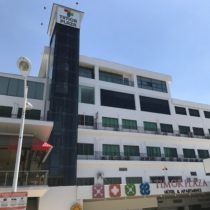 (Visited in 2017) You just couldn’t make up this country’s past: colonized by the Portuguese, declared their independence in 1975, and then 9 days later the Indonesians invade East Timor. For the next 25 years they rebelled against the Indonesian occupation, which took the lives of over 200k people. When the Timorese declared their independence in 1999, the Indonesians didn’t take it well and the retribution was brutal. The militia destroyed roads, churches, schools, electrical and water infrastructure, and even shot dogs in the street when they departed. This predominantly Christian (99%) country has slowly recovered, although many Timorese still live simple lives. 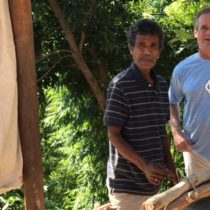 The capital city Dili (pronounced dee-lee) is vibrant, with lots of cars and mopeds navigating its shop-lined streets. Its vegetable and meat markets are wonderful places to visit and interact with locals. I took some wonderful pictures there and was fortunate to be able to play a game of billiards with the guys. Going up into the hills, where the temperature decreases by at least 20 degrees, affords some fabulous views of the city’s coastline. 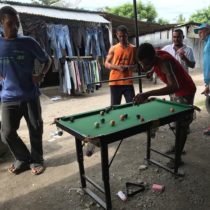 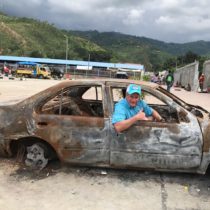 Heading west along the coastline tempted me to snorkel in the crystal clean water, however a busy day prevented me from doing that. Instead, I watched the local fishermen catch mackerel, a woman dig for clams, my friend Marco gather firewood, I shoveled riverstone and learned how to weave baskets. Perhaps the best and most scenic spot in the country, the Black Rock Restaurant, served up an amazing locally caught swordfish, with chips. There I met up with some of my Navy friends I had run into at my hotel. They were in E. Timor serving a humanitarian mission (building schools etc.) but also projecting U.S. strength in a mostly Muslim and Chinese dominated region. 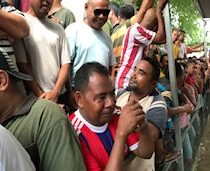 I was invited to the cockfighting ring where I watched the local men clamor to get their bets in. The fights were swift (30 seconds) and lethal, often with both cocks becoming mortally wounded. This sport has been a part of the Timorese culture for centuries, and while it was difficult to watch, doing so reminded me to not to judge others. 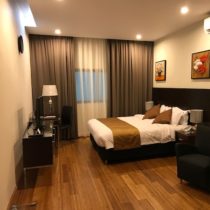 My hotel, the Timor Plaza, was an excellent choice. Its location in the center of town, next to a dozen or so ships, a supermarket, and 5-star restaurants was ideal. Although the hotel doesn’t look like much on the outside, it’s spotless on the inside. The rooms are spacious, beds comfortable, and everything worked (including the internet). My tour company and guides couldn’t have been any better, and would highly recommend them if you’re going to this wonderful country!  Contact Platao Lebre. platao.lebre@islandexplorer.tl / www.islandexplorer.com.au

Honduras is known as the bad boy in Central America. And to be honest, with good reason. 1.4 of its 8.5 million inhabitants live in a lawless region. The capital city "Teguz" is paralyzed by fear, caused by nothing less than domestic terrorism. Rival gangs Mara Salva...
Read More

In 2009, while studying in Poland with my MBA classmates from the University of Tennessee, my friend Mike Zelinsky set up a meeting for a few colleagues and me to visit a Dover Company car part factory outside of Kosice, Slovakia. Since 2007, Slovakia has been the...
Read More

Jim's Perspectives:  (2014) The people of Paraguay are known for producing some of the world’s most exquisite lacework. They are famous for Nanduti (meaning “spiderweb”), which is beautiful lace created in circular designs in various vibrant colors. When you visit...
Read More