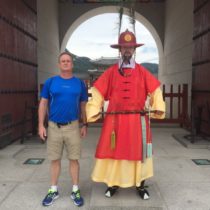 The capital of South Korea is Seoul. About 50 million people live in here, and the main language is Korean. English, however, is growing due to tourism – many restaurants, household products, subway signs, and other locations have English translations. Koreans are primarily Christians or Buddhists, but Shamanism still plays a role. The country has thousands of undocumented smaller religions and it is not uncommon for a religious person to stop tourists to solicit their religion; politely excuse yourself and keep going. The top exports are integrated circuits, cars, refined petroleum, passenger and cargo ships, and vehicle parts.

A must-see place in Seoul is Gyeongbokgung Palace. It is absolutely huge, and incredibly beautiful. It also shows gorgeous views of the mountains contrasted with the city streets, where travelers can visit several museums right nearby. Also in this area is the historic Gwanghwamun Square, a place that today serves as place for Korean protesters as well as a place for farmers’ markets due to the long stretch of green pathway in the square. To get views of the whole city, visit Seoul Tower. 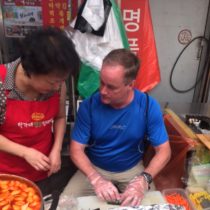 Koreans have intense distrust of all things Japanese stemming from the Japanese occupation of the 20th century. During that time Japanese leaders forbade the use of the Korean language and forced Koreans to adopt their cultural norms. Teachers even wore swords to enforce compliance. 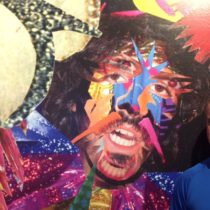 In Seoul, there are huge skyscraper condos everywhere. My tour guide was Tiger Man, who believed education is the answer for climbing the social ladder. Here, kids study 12 hours per day due to intense competition for the best schools. Overall, a much more intense culture than in the West. The people are very hard-driving, smart, and very tech driven– i.e. LG, Hyundai, Samsung, etc.., are outperforming the rest of Asia.

It’s complicated to rent an apartment here. One does not pay rent, instead you put down a refundable “deposit,” which the owner can use the capital to buy another. Rental market is goo, but not great. A rule imposed by government says that one can only make money on first house. But can rent and acquire more. Regardless of the renting situation, there is a high standard of living here.

Outside of Bujanovac, Serbia, 2015 Kutrubes Travel planned an exquisitely complicated tour for me through "eastern" Europe, helping me to make the most of seeing the highlights of these countries in the most...
Read More

Downtown Islamabad, 2019 Country Information: The capital of Pakistan is Islamabad and the country’s population is about 190 million. The official languages are Urdu and English, and the dominant religion is Islam. A very small percentage of the population practices...
Read More